Fifth time lucky: Why KiwiBuild applicants shouldn't give up 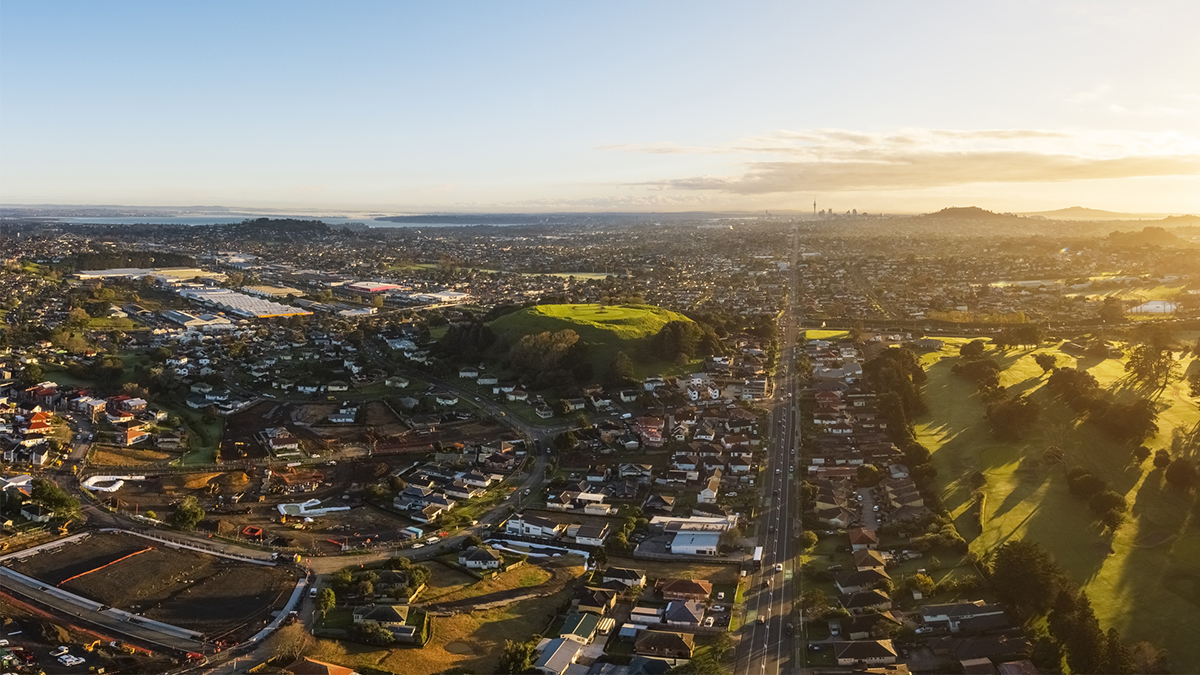 Andrew Sweetman’s advice to first home buyers vying for a KiwiBuild home is don’t give up – he didn’t and now the former Hamiltonian can’t wait to move into his new house being built in Auckland’s new Roskill South neighbourhood.

Roskill South is one of several new neighbourhoods undergoing revitalisation by Kāinga Ora in the greater Roskill area, where around 11,000 new homes are being built over the next 15-plus years as part of the Roskill Development.

Sweetman will be part of a big masterplanned community which will include pocket parks, reserves, upgraded infrastructure, shops, walkways and a community vibe, all close to transport routes and only seven kilometres from the city centre.

The 32-year-old was adamant he wanted a KiwiBuild home, as the price cap of $650,000 for a three-bedroom home was a perfect opportunity for him.

He entered five ballots and was successful on his fifth attempt, buying off the plans in Roskill South. Now, he is eagerly waiting for his Mike Greer Homes two-storey terrace house, with one-and-a-half bathrooms and a parking space, to be completed around September 2022.

The quantity surveyor has rented in Mt Roskill since he moved up from Hamilton for work two years ago and is glad to be staying local in an area he is now familiar with, which is not only close to his work but also to the motorway.

“I really like the area and it’s close to the highway. With my parents being back in Hamilton it’s quite an easy trip.”

He also likes that the whole Roskill Development is new and is looking forward to moving into a masterplanned community with the amenities all on hand, which will keep travel time down to a minimum.

“I quite often go for a walk around the area,” he says.

“It is appealing to be in an area that’s upcoming and I guess you will get a lot of young families there which will also be nice.”

His brand new house will have everything he needs, too.

“I’ve got the floorplans and inside it’s got three pretty generous bedrooms and then a nice living area and kitchen and there’s a full bathroom upstairs and a half bathroom downstairs, and I think there’s a separate cupboard for a laundry as well.

“Being a new build it should be all fairly nice and I’m just going to have to buy a whole lot of new furniture. With flatting, I haven’t had a whole lot myself, so it will be nice going on a little bit of a shopping spree to fill the house.”

He will also have enough room outside for a garden shed and a barbecue, and is looking forward to getting to know the community.

Kāinga Ora designs its new neighbourhoods so they create a neighbourly vibe, such as by keeping the fencing low out the front of properties, which allows people to see and chat to each other and that appeals to Sweetman.

“When I was younger I always knew my neighbours. I lived in a cul de sac and it had a good street vibe and everyone knew each other, so it will be nice to get back to something similar where the neighbours know each other.

“Having neighbours close by feels a bit safer as well. I think everyone looks out for everyone and that’s a nice thing to have.”

The Roskill Development is one of six large Kāinga Ora-led developments in Auckland – the others are Northcote, Hobsonville Point, Mangere, Oranga and Tāmaki – and it will be a mix of public, open market and more affordable homes.

The homes come with guarantees – such as every house must achieve a 6 Homestar rating or higher, so homes will be warm and dry, water-efficient and built from qualitymaterials.

That was a drawcard for Sweetman who also feels a sense of confidence his house is being built by a known builder.

“I guess there’s a lot more comfort there where you know things are going to go ahead, especially with Covid at the moment.

There’s a lot happening at the Hub this April. Check out our upcoming (FREE) events.
Download the br…
Read more
Closeclose